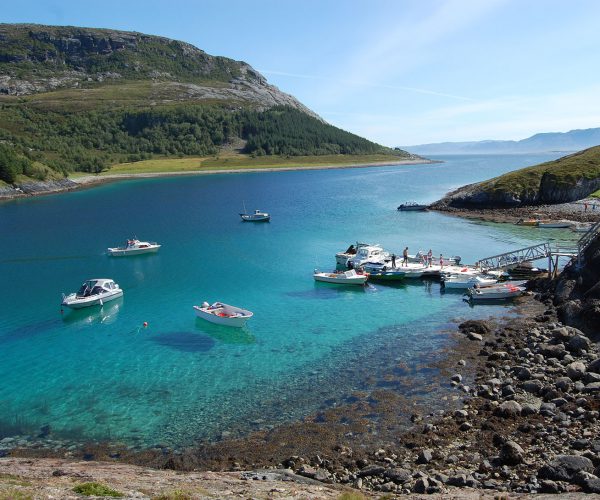 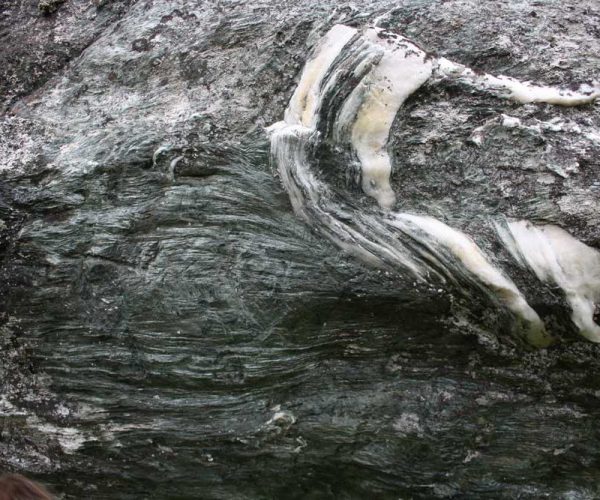 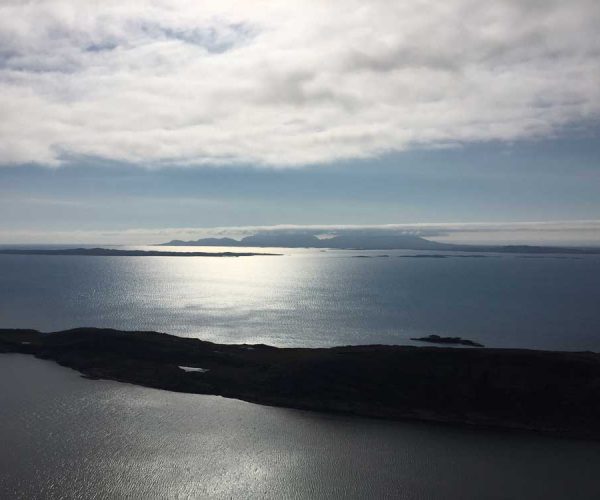 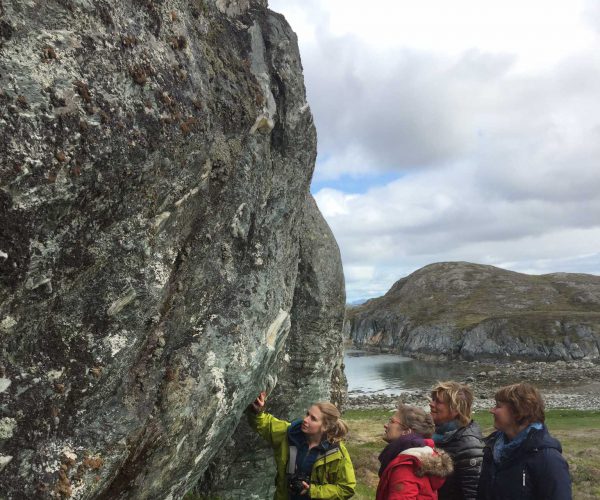 The island of Esøy is located at the inlet to Hamnøy sound in Vevelstad. The island is also called the “Coast’s largest guestbook” because of the many inscriptions on the rock faces. There are inscriptions from around the year 1000 AD and from the beginning of the 1600s personal marks are carved in the soapstone rock faces. There has also been a substantial mining of soapstone for building materials for various churches, including Nidaros Cathedral in Trondheim. In the summer season a floating jetty is moored for easier access.